Penn Clarke and Kitty socialize by swimming with and feeding dolphins Hiapo & Elele in a tank away from public viewing at Sea Life Park, Oahu, Hawaii, March 1987. Hiapo & Elele had recently been captured from the same group of dolphins as Akeakamai & Phoenix who had been captured 8 years earlier off the coast of Mississippi. The 4 will be united in new tanks at Kewalo Basin Marine Mammal Lab where the capture from the same group is important in case that group has their own dialect or language. Film credit Dave Weller. After Penn & Kitty socialize with Hiapo & Elele, they are very curious about Penn now filming them. 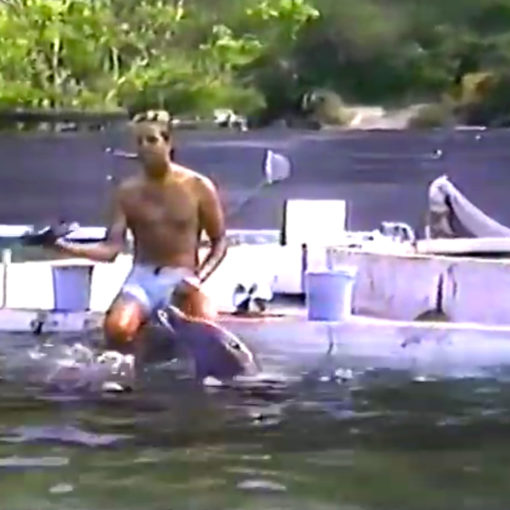 Penn Clarke filming Dave Weller in 1987 early on in training dolphins Hiapo & Elele. The tanks are far away from […]